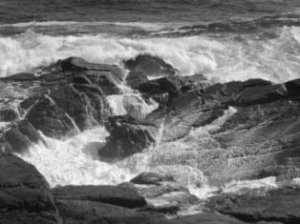 Mar. 21, 2008) The March 28th meeting of South American heads of state has been cancelled because of ongoing disputes between Ecuador and Colombia. Leaders had planned to sign a foundational constitution establishing the institutional procedures for UNASUR, a new union composed of the 12 nations of South America.

The cancellation was not a surprise after Colombia bombed an Ecuadorian base camp of the Revolutionary Armed Forces of Colombia (FARC) earlier this month, but is a disappointment nevertheless. The attack caused Ecuador, Venezuela, and Nicaragua to sever ties with Colombia and call for an emergency meeting of the Organization of American States (OAS) to negotiate a settlement to the conflict.

The cancellation seems to prove critics right who say that the region is not yet ready for this kind of a union. Regional diplomats have been working for decades to try to create a South American Free trade agreement but it wasn’t until 2004 when South American presidents signed the founding act of the South American Community of Nations, the direct precursor to UNASUR, with the goal of creating a total political, economic, and social union by 2019. At the time critics said that there were too many ongoing conflicts in the region to allow for the kind of cooperation detailed in the proposal.

Ironically, it is Venezuela’s President Hugo Chavez who has spear—headed the more “idealistic,” (i.e. social unity) aspects of the current phase of integration. His claim and that made by other self—proclaimed 21st century socialists, is that the region is capable of overcoming these historical conflicts to create a united front against what he sees as a hostile imperial world. They argue that through solidarity and increased cooperation a region plagued by internal conflicts could work together to tackle shared problems like poverty, underdevelopment, and corruption. However, Chavez has arguably been the main obstacle to the achievement of these goals by interfering in the internal affairs of regional governments, often sacrificing his own country’s national interests for personal political gain.

His constant abuse of Colombia’s President Uribe, a member of the union, and the United States, one of the region’s largest trade partners, has made all but the most banal agreements impossible and alienated important partners like Brazil, Peru, Colombia, and Chile resulting in the almost complete stagnation of the integration process.

This latest conflict is a sad reminder of how far some nations in the region have to go before they can be taken seriously by the rest of the world. Until populist leaders like Chavez put their nation’s interests before their own egos, the real work of improving the lot of South American citizens will go undone.

The site is published by N. H. Gill and serves as a database for ongoing research projects, drafts, and other lines of flight.