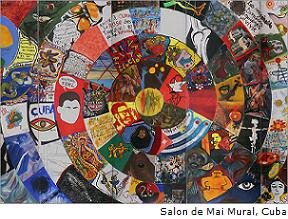 (Mar. 26, 2008) In South American integration literature there is a puzzling divide between primary government sources and secondary analysis. On the one hand you have a series of regional declarations signed by the 12 presidents of South American nations stating their intent to form a new continental block. On the other hand you have a public that remains largely unconvinced and skeptical of the union’s long-term chances of success. The fundamental question seems to boil down to whether or not the nations of South America can overcome their traditional conflicts to achieve the goals of the new union.

Critics cite the numerous historical conflicts that still exist between South American nations like the inability to agree on national borders in Chile-Peru, Chile-Bolivia, Chile-Argentina, Colombia-Venezuela, Venezuela-Guyana. Others greeted the news with enthusiasm and pointed to the numerous areas of shared interests that the region could capitalize on in terms of integrated infrastructure, energy, and increased social connectivity. The debate seems to boil down to whether increased global competition would force the region to solve its historic conflicts and capitalize on its shared potential. While a review of the government generated literature is overwhelmingly positive, a similar review of non-governmental literature is at best neutral. Why is there such a difference between the two observed positions?

In order to answer this question it is necessary to identify these historic issues and to determine what would it require to overcome them? We need to know what challenges the region faces internally and externally, what its historic conflicts and distribution of power are, and how individual national interests fit into the region’s overall integration plans.

It is also useful to ask whether the current integration process stems from a broad regional acceptance of shared purpose or if it is being pushed by charismatic leaders with ulterior motives? This question is especially relevant in a region known for its weak political institutions.

When someone refers to the policy of “X” country, they usually do not mean specific individuals, but that essence which gives the country its continuity; its institutions. On a political level this usually refers to a set of ministries or departments and the symbolic positions occupied within each ministry. There are others of course, economic, cultural, religious, etc., but in Latin America, these weak institutions, responsible for determining national foreign policy, make analysis difficult. For this reason, we hope our historic approach and use of multiple sources will provide the relevant context necessary to make these approximations. The objective of this thesis is to provide answers to these important questions and propose new ones relevant to the integration process where necessary.

It is our hypothesis that regional integration in South America is, at its most basic level, a reaction to the demands of the changing world order. It is a process remarkably similar to that proposed by early social contract theories, like Thomas Hobbes’, that contend that the organization of men into larger groups is a rational response to outside threats.

The decision to form these groups occurs when societies realize that they are stronger working together than separately. The outside threat in the case of South America is the perceived loss of ground to the rest of the world, notably the rising Asian economic powers, the North American Free Trade Area, and the European Union.

While the majority of the current literature on South American regional integration is skeptical of the success of this process, we believe that in one form or another, the demands of globalization, epitomized by the New World Economic Order (NWO) articulated by the first U.S. President George Bush will force South American politicians to seek strategic alliances with neighboring countries in order to find solutions to domestic problems whose roots lie in the global world.

We will start by focusing on the historical structures of international relations within the region itself, answering questions like; what are the relevant historical events, conflicts, and alliances that have shaped inter-American relations today? Next, we will analyze the national foreign policy objectives of Argentina, Brazil, Chile, Ecuador, Peru, and Venezuela before comparing these objectives with those of the region.

We will then present the analysis of a series of primary documents concerning the various aspects of the South American integration process in the 21st century supplemented with relevant secondary source texts to place these movements in their historical context. Finally, through the use of expert interviews we hope to ensure that our findings accurately reflect the current state of the affairs as seen by those on the front lines of the movement. 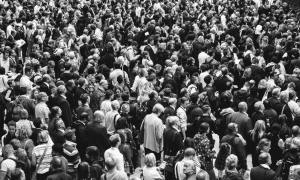 Historical essays, news, and book reviews about Latin America and the environment.